Jump to navigationJump to search
For the 2003 Bollywood film directed by Ashok Honda, see Om (2003 film). 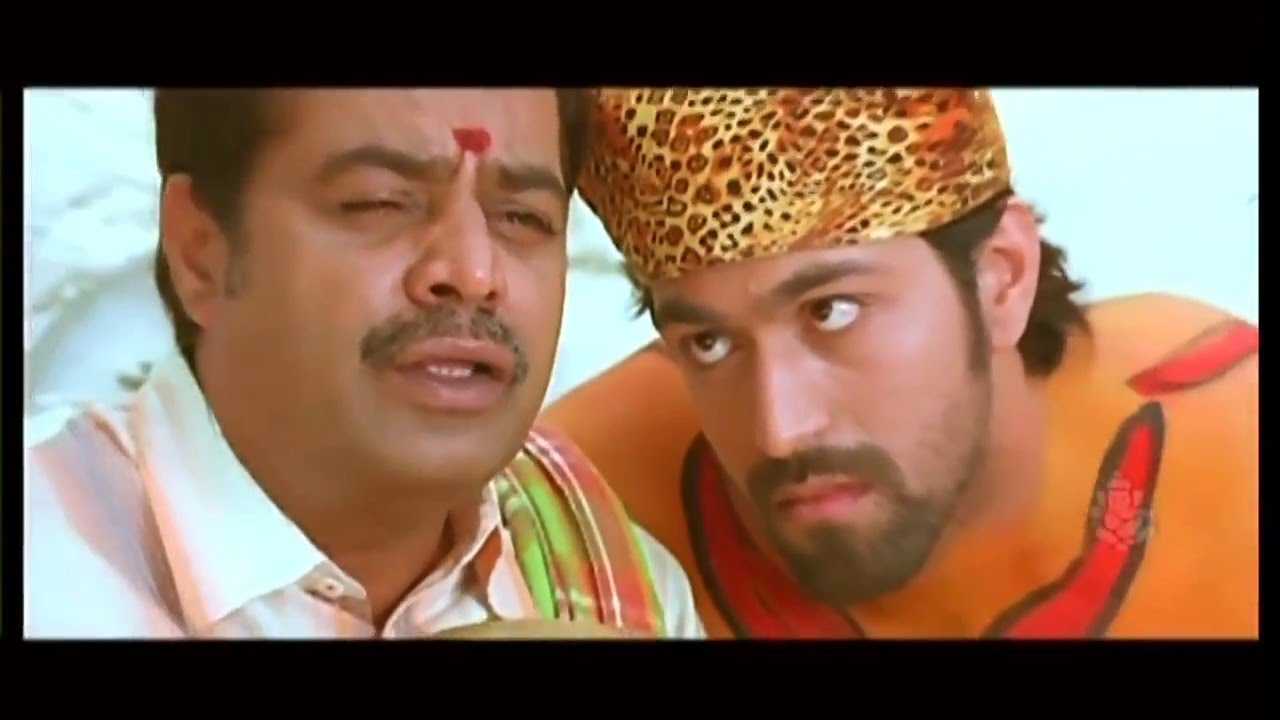 The film was notable for its exposure of Bengaluru's criminal underworld. The film's plot revolves around Satya, son of a priest who becomes a gangster after his lover framed him in a murder. The rest of the film is about Satya leaving the rowdyism. The soundtrack was composed by Hamsalekha who also wrote the lyrics for all songs. B. C. Gowrishankar and Shashikumar handled cinematography and editing respectively.[1]

Om was remade in Telugu as Omkaram (1997) starring Dr.Rajshekar and Prema which was also directed by Upendra. The movie was unofficially remade in Hindi as Arjun Pandit. Bollywood's 1998 blockbuster Satya shares many similarities with Om, including the fact that both deal with criminal underworlds and each protagonist's name is the same: Satya. The film became a successful venture at the box office. It remains a cult classic film in Kannada cinema, following among audience owing to its re-release every two weeks and this film has a world record for Kannada films of re-releasing more than 550 times.[2] The movie has released 30 times in Kapali theatre, Bangalore which is a record.[3]

The movie begins with a reporter writing articles about underworld dons and the reasons why people enter the underworld and practice rowdyism. The movie revolves around the main character Satya (Shiva Rajkumar), a son of a priest who turns into a rowdy for love. But the same love brings him back into being a civilized person. But there are twists involved in the movie as to why he is provoked to turn into a rowdy, how he is rejected by his family and relatives and also the girl for whom he had to become a rowdy in the first place and many other events which are the key scenes to watch for in the movie.

Speaking on a talk show, Weekend with Ramesh in 2014, on how he developed the story for Om, Upendra said he wrote a part of the story during his days in college in the late-1980s. Purushottam, a friend of Upendra, brought to him a letter written by someone that caught his attention. Drawing inspiration from it, he drafted the first part of the story, that he subsequently developed, although incompletely. He also revealed that had always wanted make a film on organized crime and mafia, based on real-life incidents.[4] He said he was 'disappointed' on learning that the screenplay of 1989 film Siva had a similar storyline to what he had written.[5] He began working as a dialogue writer and songwriter in Kannada cinema during the time, and the first half of the 1990s saw him direct two films, Tharle Nan Maga (1992) and Shhh! (1993). Alongside, he developed the storyline and wrote a screenplay with the plot taking sequences of flashback, which he said 'took another form' at the end of completion.[4]

Having given the film a working title as Satya, Upendra initially decided to cast Kumar Govind as the eponymous lead, who he had previously collaborated with, in Shhh!.[6] However, later, eager to cast Shiva Rajkumar in the role, Upendra approached actor Honnavalli Krishna in 1994, and persuaded him to speak the matter over to Shiva's father and actor, Rajkumar. Krishna spoke to S. P. Varadappa, Rajkumar's brother, who invited Upendra and him over to their house in Bangalore. Impressed by the story narrated by Upendra in a span of ten minutes using newspaper cuttings of oil mafia to elaborate on the subject, Rajkumar gave the go-ahead and Shiva was signed as the male lead. Rajkumar also agreed to produce the film and handed an amount of ₹50,000 over to Upendra the same day.[4] Shiva had till then portrayed roles predominantly of a romantic hero in his then career of 8 years. Speaking on casting him, Upendra said he was drawn by Shiva's 'powerful brownish-shaded eyes' and wanted to 'make full use of it'.[4] Many actresses had been speculated to play the role of the female lead Madhuri, in the film, including then popular Hindi film actress Juhi Chawla. Finally, on Rajkumar's approval, Prema, a newcomer then, who was already filming with Shiva in Savyasachi, was cast in the role.[7] Real-life gangsters Bekkinakannu Rajendra, Korangu Krishna, Tanveer Ahmad and Jedarahalli Krishna made cameo appearances in the film.[8]

The principal photography began on 7 December 1994 in Bangalore. On the day, Rajkumar wrote the spiritual icon 'ॐ' on the film's screenplay material using kumkuma, which was later made the title design for the film.[9] B. C. Gowrishankar who handled cinematography used a warm, yellow tone and employed filters throughout the film to diffuse the violence and the colour of the blood.[10][11]

Hamsalekha composed the film score and the film's soundtrack, also writing its lyrics.[1] In September 2015, the rights for the soundtrack album was acquired by Sony Music Entertainment, and was released digitally.[12] All the songs including 'Hey Dinakara' and 'O Gulabiye' were well received and became chartbusters.[13]

The film was made at a budget of 68 lakh rupees. It was sold at a meagre margin. H. D. Kumaraswamy bought the rights to distribute the film for the Mysore area and made a small fortune.[10]

Even though the film was released in 1995, its satellite rights was sold to Udaya TV in 2015 for a sum of 10 crores, including the TV rights of Vinay Rajkumar starrer Siddhartha (2015) (which is not officially confirmed by Raghavendra Rajkumar or Poornima enterprises who owned the rights). The film had its television premiere on 15 August 2015 on the eve of Independence Day.[17] The amount is the highest for any Kannada film considering that the film is already 20 years old and has been released hundreds of times.[18] Video rights was released by Sri Ganesh Video.[19][20]

Om attained cult status in Kannada cinema. It became a trendsetter in the genre of films based on gangsters.[21] Shiva Rajkumar went on to be typecasted portraying similar roles in later films like Jogi (2005) and Hatrick Hodi Maga (2009).[22][10]Rediff in its review of Darshan starrer Shastri (2005) called it 'poor imitation of the trendsetting Kannada film, Om'.[23] Murali Mohan who worked as an assistant in Om made his directorial debut with Santha (2007) which had a similar plot.[24]

In 1999, the film was unofficially remade in Hindi as Arjun Pandit (1999) by Rahul Rawail which stars Sunny Deol and Juhi Chawla in leading roles was criticized by film viewers by deactivating the story line.[25]